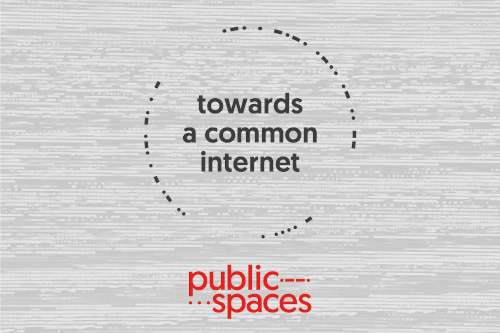 On 11 and 12 March 2021, the first PublicSpaces Conference took place, organised by the Dutch PublicSpaces network, online, of course, but mentally in the Netherlands. Video recordings and summaries are now available.

It started with keynotes by Katja Bego, Paul Keller and Eli Pariser. Next was a number of short project presentations, including an update (starting at 01:13) from the Beyond Platforms Initative by Kemal Görgülü.

The final event of the first day was the Panel discussion on the need for Shared Digital European Public Spaces (SDEPS). The idea of a European SDEPS coalition was publicly introduced here for the first time.

“We want to discuss what constitutes a European public digital infrastructure, what values should be built upon, what its governance should look like and how this can promote democracy and dialogue within European society.”

Danny O’Brien director of strategy of the Electronic Frontier Foundation

Paul Tang, MEP, initiator of the AdsZuck campaign of the Socialist and Democrats in the European Parliament aimed at ending the abuse of citizens’ personal data by Big Tech companies

The second conference day on Friday, 12 March, followed through on the themes of liberating the Internet, mostly focussed on the Netherlands and issues of the imminent national elections, and partly in Dutch. Please see the agenda for links to the various sessions and the PublicSpaces Vimeo page for all of the video recordings.