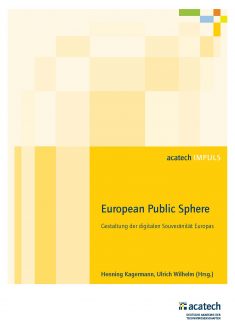 UPDATE
An English language version of the paper was published today:
European Public Sphere. Towards Digital Sovereignty for Europe
and of the press release, 16.07.2020

The director of the Bavarian Broadcasting Corporation, Ulrich Wilhelm, had started his ARD presidency (2018-2019) with the large-scale project of a “European super media library”. Over the course of his presidency, this evolved into a European infrastructure for digital media platforms.

Today, the National Academy of Science and Engineering (acatech) has released the results of a project group led by Henning Kagermann, Chairman of the acatech Board of Trustees, and Ulrich Wilhelm: 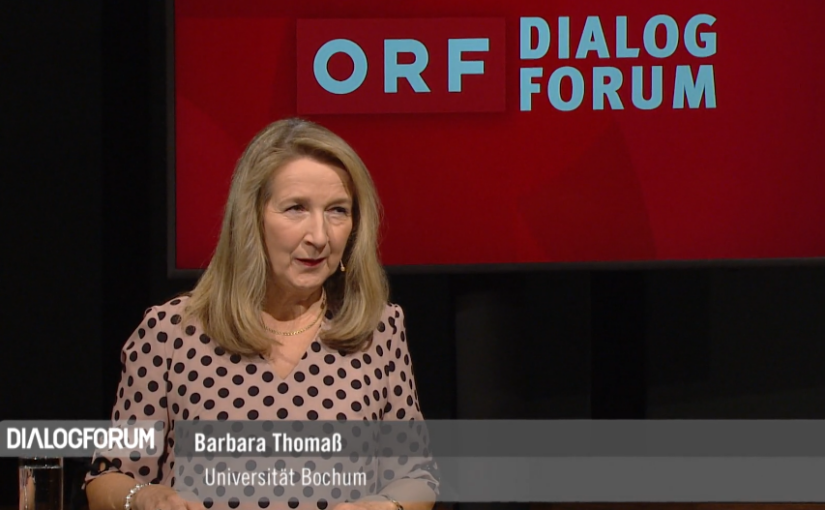 The ORF Public Value Report 2019 in June 2019 had given a preview of the ideas on the future of the broadcast system of Barbara Thomass, Professor for International Comparison of Media Systems at Ruhr University Bochum. 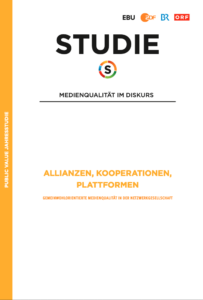 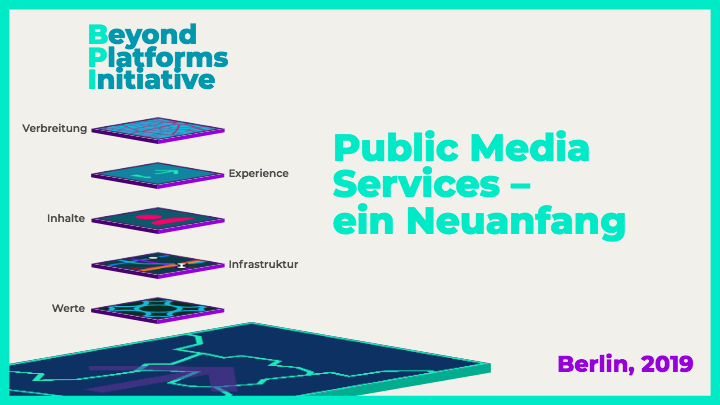 Beyond Platforms is a new initiative for devising a European digital public sphere. It was started by Bertram Gugel, Markus Heidmeier and Florian Hager. On 1 and 2 August 2019 the first workshop of the Beyond Platforms Initiative took place at Alex Berlin. 40 inspired and inspiring people worked in teams on six thematic areas: Values, Infrastructure, Contents/Business, Experience, Dissemination and Storytelling. END_OF_DOCUMENT_TOKEN_TO_BE_REPLACED 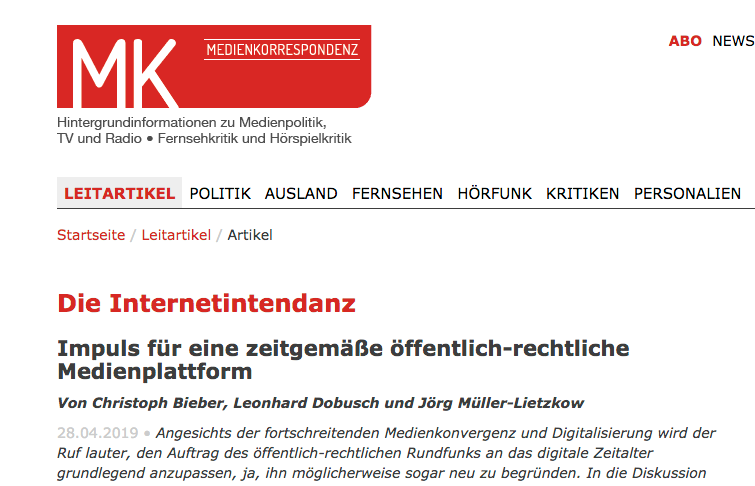 The technological possibilities of digitisation, networking, in particular the (mobile) Internet as well as mobile apps and terminals, require a new understanding of a public law approach to interactive and/or audiovisual media. In order to do justice to the digital potential for the generation and distribution of specific and general public content, we call for a separate Internet fund to be allocated from the broadcasting fee. END_OF_DOCUMENT_TOKEN_TO_BE_REPLACED

The PUBLIC OPEN SPACE Vision is the result of ongoing deliberations among representatives of science, public-service and non-commercial media as well as civil society organisations from Austria, Germany and Switzerland. It was presented to the public for the first time during the Communication Science Days 2019 of the Austrian Society of Communication Science (ÖGK) and the Institute for Journalism and Communication Science of the University of Vienna on 26 April 2019. See the list of initial signatories. We are documenting it here English translation. END_OF_DOCUMENT_TOKEN_TO_BE_REPLACED